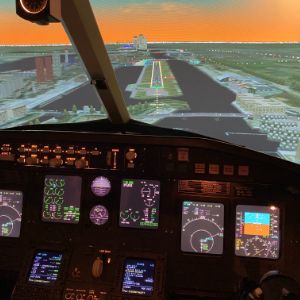 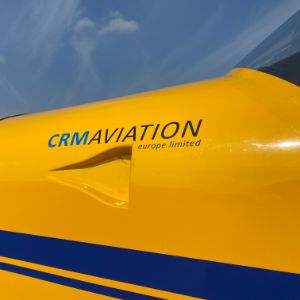 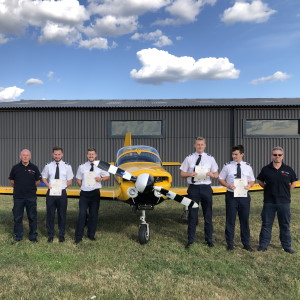 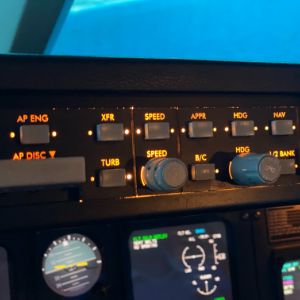 Martin started his career with British Midland on the Fokker 100. After leaving BMi Martin joined Virgin Atlantic on the mighty Boeing 747 as a Senior First Officer. Now with over 15000 hours Martin is a Training Captain with Virgin Atlantic on the Boeing 787.Martin is passionate about CRM and passing his vast knowledge on to all CRM Aviation customers.Length of service with CRM Aviation - 5  years 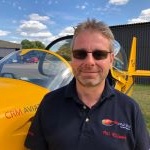 Phil is a UPRT-A instructor for CRM Aviation.

Phil has had a 25 year career in the Royal Air Force seeing active duty and also undertaking the role of a CFS examiner. He has flown the Tucano, Hawk and Tornado but now flies the Boeing 737-8 and MAX for TUI. He is an enthusiastic instructor who has huge amounts of experience at all unusual attitudes. 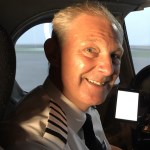 Geoff has a vast experience within commercial aviation, not only as a commercial pilot, but also within airline management.

Geoff started his career with British Midland and flew the Boeing 737, working his way up to TRi/E, then onto Director of Flight Operations for British Midland.

Geoff joined Etihad after leaving British Midland and flew the A330, A340 and the mighty A380. Geoff holds a TRi/E on the A380. Geoff was appointed Vice President  of Operations for Etihad, before joining CRM Aviation.

Geoff has amassed over 17000 hours and is vastly experienced in the field of multi crew training and airline management. 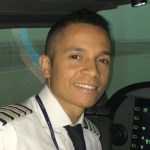 Berny, started commercial aviation through the modular training route, then went on to flying instruction before landing his first FO role with Indigo Airlines, in India. After Indigo, Berny, secured an FO role with EasyJet, where he spent 2 years on the A320. Berny, is now a Training Captain with British Airways on the Airbus 320.

Berny, is extremely enthusiastic about the modular training route and has a passion to pass on his career experience. 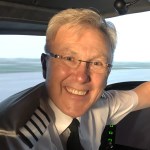 Peter started his career within the oil industry, but the 'pull' of aviation was far too strong! Peter joined British Midland. After a long service period at BMi Peter, moved across to British Airways and is currently a Captain on the Airbus 319/320/321.

Peter has a strong passion for human factors and is dedicated  to offering the best, most realistic CRM training and experience. 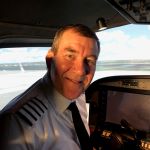 Nick, started his civilian commercial flying career with Virgin Atlantic, on the mighty Boeing 747-400. After Virgin, he joined easyJet and held a Command position. Nick, now works for TUI as a Line Training Captain on the Boeing 737-800.

Nick, is an experienced trainer, not only holding civilian training positions but also A2 QFI Instructor and Examiner positions in the Royal Air Force.

Nick, is very passionate about the non technical element of Crew Resource Management and brings a wealth of knowledge to our instructional team. 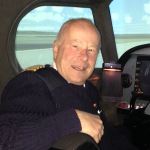 Having qualified as a flying intstructor in 1973, Barney, spent a short time instructing private pilots at the London School of Flying. Leaving the UK for sunnier climes, he continued to fly as a commercial pilot and flying instructor on a variety of light twins and single engine aeroplanes both as trainer and examiner in Southern Africa.

Barney returned to the UK to join British Midland where he flew most types including the 737, FKR 100 and Airbus -  retiring as a Senior Training Captain with over 16,000 hours. He continued his passion for aviation training within the corporate sector before joining us at CRM Aviation.

Barney has a very positive personal CRM story to share with all students, emphasising the importance of best practice in multi crew aircraft. 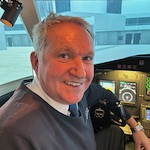 Pete has over 20,000 hours and is an FE and ME/IR examiner for the UK CAA and EASA

Length of service with CRM Aviation - under 1year 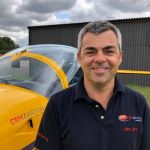 He has held an instructor rating for many years and has been flying aerobatics and formation regularly since 2006, mainly on the CJ-6, Yak-52 and CRM Aviation Firefly T67's. 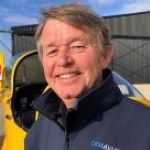 Dave is a previous UK MOD Chief Test Pilot and a former commander of the Empire Test Pilots School (ETPS) at RAF Boscombe Down. Following a 33 year Royal Air Force career, Dave is still actively engaged in certification activities as well as providing test flying instruction at ETPS.  Dave has flown over 90 types of aircraft, has extensive experience of testing aircraft and systems at the limits of their designs and has many years of experience of teaching others how to do this safely. 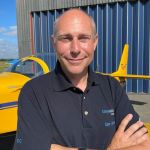 Sam is an Advanced UPRT-Aeroplane Instructor.

Sam started his aviation career with British Airways on the Boeing 737. After cutting his teeth on Boeing's finest he went on to fly and become a TRi/E on all of British Airways' current Boeing and Airbus fleet of aircraft. Sam currently flies the Airbus 380.

Sam's passion for aviation has led him to fly off water on floats, snow on skis, air race at Reno, successfully compete at aerobatics, display at air shows and tow banners!

Whilst he loves flying historic aircraft his pride and joy is an ultra modern Vans RV8. 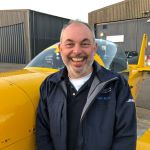 Nigel is an Advanced UPRT-Aeroplane Instructor.

Nigel started his career in the Navy as a submariner. He left the Navy and joined British Airways where he has flown short and long haul from the Boeing 737, Airbus 320 to Boeing 747 and Boeing 777. He is currently a Captain on the Boeing 777 as well as holding a FI(A) and FE(E) ratings. Nigel is a keen general aviator and has owned and flown Yaks as well as his current pride and joy, a Vans RV8. 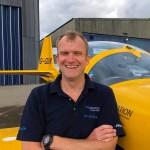 Jon is an Advanced UPRT-Aeroplane Instructor.

Jon joined the Royal Air Force at 17. He has vast experience in Fast Jet and Multi Engine aircraft and has flown and instructed on a variety of types, including the mighty B-2 Spirit stealth bomber! Jon's final tour was as an instructor on the Empire Test Pilots School (ETPS) at RAF Boscombe Down. A keen aviator with a diverse background Jon has extensive experience of testing aircraft in unusual attitudes.

Paul is an Advanced UPRT-Aeroplane Instructor.

Paul joined the Royal Air Force as a graduate and flew the Buccaneer before a tour as a Central Flying School A2 Qualified Flying Instructor. After leaving the Royal Air Force, Paul moved into civil aviation, joining British Airways.

After a 30 year long career at British Airways that saw Paul flying numerous Boeing types, including 20 years on the 747-400 as a TRi/TRe. After the Jumbo, Paul moved to the Boeing 777 as a TRi before transferring onto the 787.

With over 21,000 flying hours, Paul's experience is vast and he is keen to pass his experiences on to industry new comers. 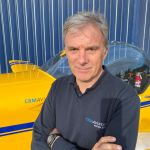 Mark is an Advanced UPRT-Aeroplane Instructor.

Mark left school to become an Air Traffic Controller, which, at the time, included training for the issue of a PPL. Whilst working as an ATCO at Glasgow airport he became a part time flying instructor, finally moving permanently to the other side of the microphone when he joined Loganair as an FO on the Shorts 360.

A move to British Airways lead to a further short stint on heavy turboprops before transferring to Heathrow and a succession of Boeing jets followed. Mark has logged 22,000 flying hours and flown 747/757/757/777.

At heart, Mark has always been a lover of pure flight, and has flown in aerobatic air shows for 30 years in types ranging from Steamans, Yaks and Harvards and now has the great pleasure of taking passengers flying in Spitfires and Mustangs. 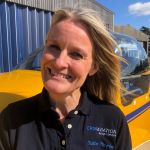 Susie started her commercial flying career as Cabin Crew with Monarch, before moving on to British Airways, working her way up to fly on the mighty Concorde for 5 years. After leaving British Airways Susie, gained her Flight Instructor and Flight Examiner ratings, then moved to Cobham for special missions flying on the Dornier 228.

After leaving Cobham Susie joined Flybe to fly the Dash Q400, then moved onto Gama Aviation. She has amassed over 7000 flight hours. Susie is a highly experienced instructor and commercial pilot. 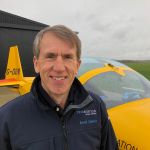 David is an Advanced UPRT-Aeroplane Instructor.

David joined the Royal Air Force at the age of 18 and was flying the English Electric Lightning by the age of 21. Following a move to the Jet Provost as an instructor, he was awarded the coveted RAF A1 QFI rating. With a further 30 years in commercial aviation, David is currently a TRI, TRE and UPRT instructor on the A320 and the B777/787 aircraft types. 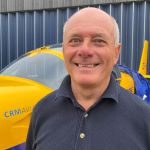 Graham is an Advanced UPRT-Aeroplane Instructor. Graham is a highly experienced aeroplane and helicopter instructor having amassed over 9000 hours total time.

Previously he has been employed as a commercial helicopter pilot and also as Head of Training and CFI at our home airfield of White Waltham. He is also a Civil Aviation Authority appointed examiner in respect of numerous ratings. 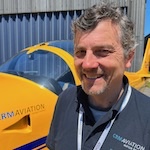 Robert is an Advanced UPRT-Aeroplane Instructor.

Robert trained in Canada and flew throughout North America and Europe as commercial instructor.  Robert has 5000 hours under his belt. He has instructed at a major integrated ATO and has flown the Pilatus PC12 commercially. Robert has plenty of time in his two favourite aircraft the Super Cub and Pitts Special.

Length of service with CRM Aviation - under 1 year 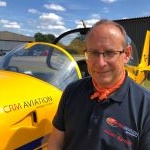 Julian has been running 'Stall Spin Awareness' courses in our T67's for the past 6 years. Julian is an extremely experienced aerobatic pilot and instructor, having won the British National Advanced Championships, twice, as well as represent the UK twice at World Aerobatic Championships. He has a strong interest in human factors as well as being an extremely engaging person who has a strong passion for aviation and importantly imparting his vast knowledge.